Let The Story Be Told
to Roy Midwinter: for his musicianship and his humanity.
Time is passing,
So let the story be told.
It is long overdue,
So let the story unfold:
Of the African influence on European art.
Let us start with Vlaminck,
And that bar in Argenteuil.
Where a round of drinks,
Began his African zeal:
Art of the Yoruba and the Baule.
Onward to Derain,
Who was given a Fang mask.
Enjoyed his first drink,
From the African flask:
The Fang of Gabón and Cameroon.
Matisse bought a statue,
From a curio shop.
Took it to a saloñ,
Observed the jaws that dropped:
A Vili statuette from the Congo.
Picasso saw the Vili figure,
Evening of enchantment.
He yearned to see more,
So to the Trocodero he went:
Sculpture of West and Central África.
(c) Natty Mark Samuels, 2020. African School.
Vlaminck – Maurice de Vlaminck, 20th century French artist.
Yoruba – people of south-west Nigeria.
Baule – people of central lvory Coast.
Derain – André Derain, 20th century French artist.
Matisse – Henri Matisse, 20th century French artist.
Vili – people of Democratic Repúblic of the Congo.
Picasso – Pablo Picasso, 20th century Spanish artist.
Trocodero – Parisian ethnographic museum 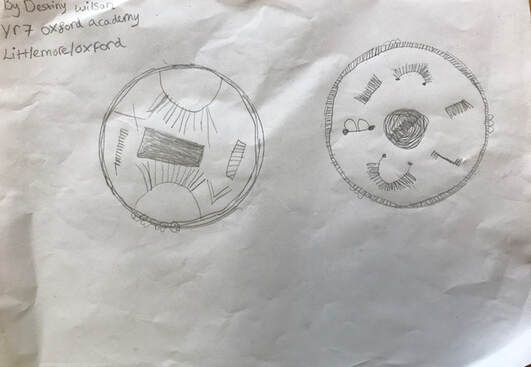 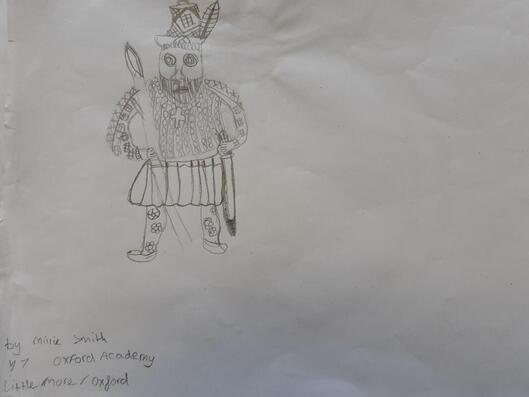 Here are the first two published pieces of art by two budding artists, Year Seven students at The Oxford Academy. The first, by DESTINY WILSON, is of two Kuduo brass bowls of the Ashanti of Ghana; the other, by MILLIE SMITH, is of a Portuguese man, sculpted in ivory by an artist from Benin city. Nigeria, in the 16th century.
​Due to the Coronavirus, the Oxford Citrus Festival has been deferred 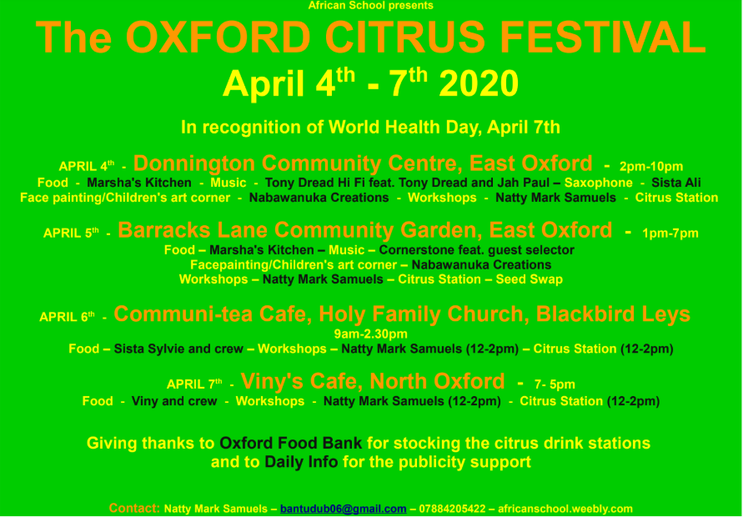 Natty Mark will be delivering a workshop on citrus at this conference
​https://www.econbot.org/home/meetings/economic-botany-2020.html 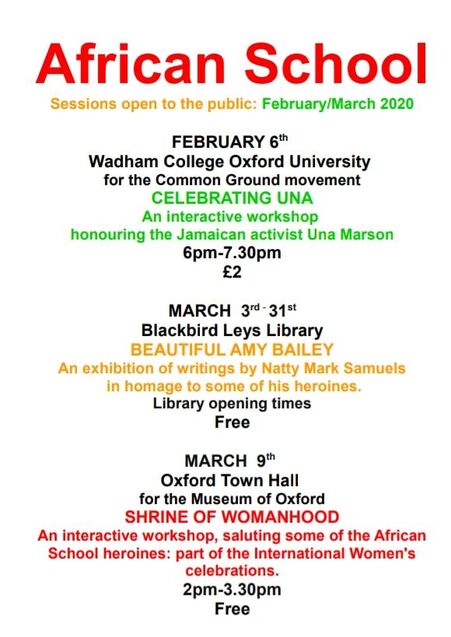 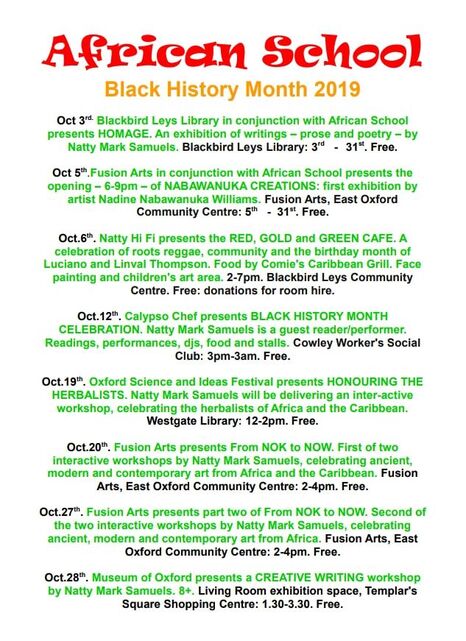 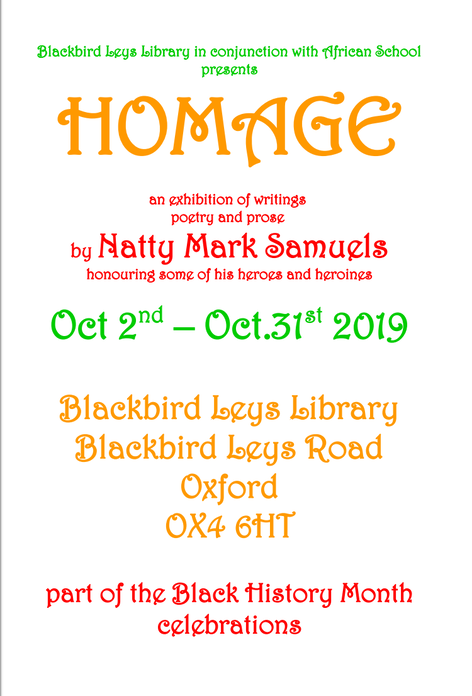 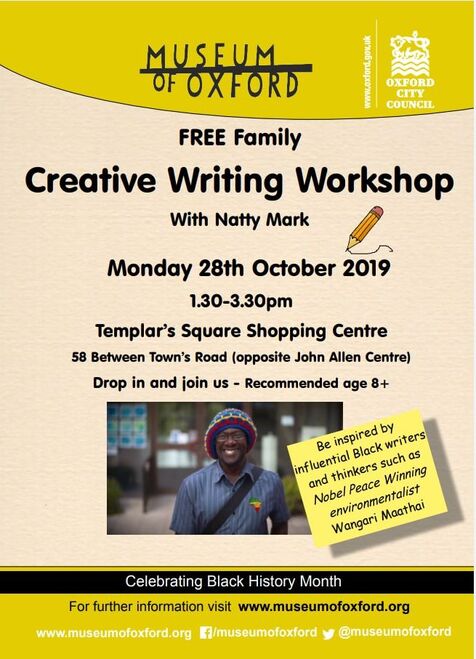 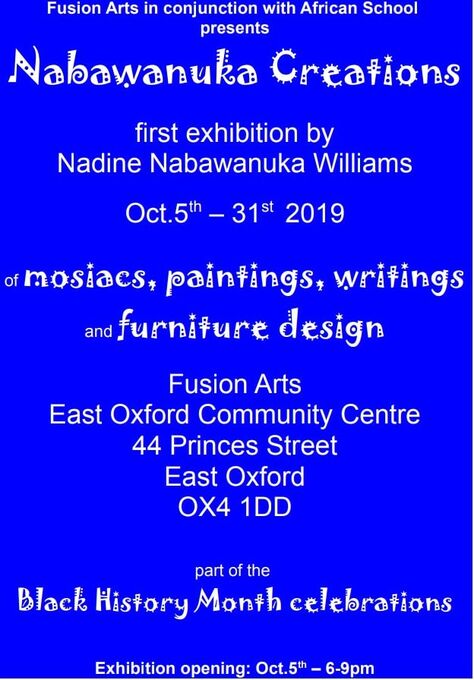 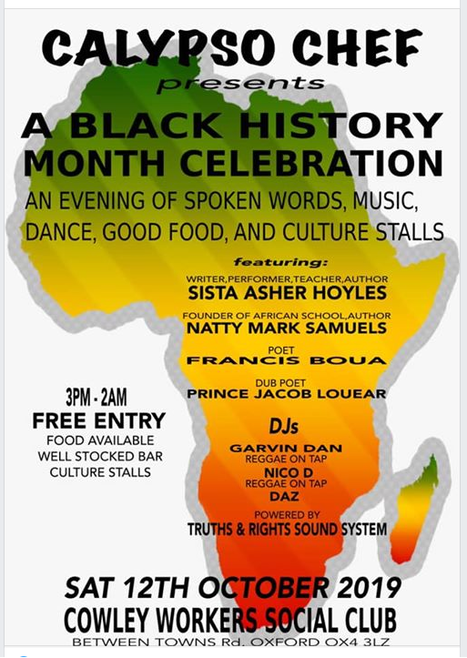 African School in the News 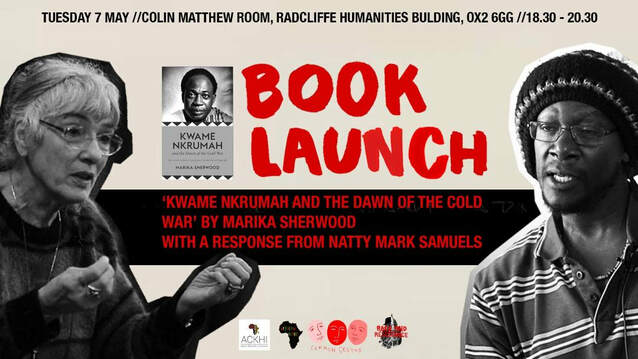 ​Natty Mark Samuels pays tribute to his mother who travelled from Jamaica in the 1950s and went on to become a nurse and served in the National Health Service.
Natty also discusses the Windrush Generation and the incredible and positive impact that people from the Caribbean have made to the National Health Service:
https://www.facebook.com/OxfordCityCouncil/videos/240573186808708/UzpfSTEwMDAwNTIyMDUxNzAyNToxMDM3MTA5NTM5ODA2Mzg3/?id=100005220517025

Oxford Mail: African School founder develops own range of Herbal Medicines:
https://www.oxfordmail.co.uk/news/17367199.african-school-founder-develops-own-range-of-herbal-medicines/
As well as Uhuru Wholefoods, the Rootsman Products are also available at The Natural Health Store in Banbury.